Where the push for energy efficient vehicles derived

Where the push for energy efficient vehicles derived

Initially, there was a lot of negative feedback from auto repair experts, small engine equipment companies, and industrial engine rebuilders who believed that alternative fuel was harmful.

Today, some experts are in favor of alternative fuel, and claim that while some of these 1st beliefs were true things have changed.

This left us wondering, what is the different between “pure” gasoline and ethanol-based fuels in terms of costs, efficiency, environmental foot-print, and performance.

The Politics of Alternative Fuel

The conventional thinking of the average American is that the Republican Party is all about oil and gas, and Democrats are the only ones concerned with the environment, but, when it comes to the production of alternative fuels history tells a different story.

During his 2006 State of the Union address, President George W. Bush called for the nation to cut 75% of its oil imports from the Middle East by the year 2025. This “Advanced Energy Initiative” called for, among other efforts, an increase in ethanol production and putting more energy efficient vehicles aka “flex fuel” cars — which can run on either gasoline or ethanol — on the road.

Since then, the U.S. Government has continued to incentivize auto-makers to produce alternative fuel vehicles to make-up for potential energy shortages, and to help slow-down the impact exploration, processing, and burning of pure gasoline has on the environment.

Cost of production – E85 is supposedly only 15% pure gasoline, and 85% corn-based alcohol.

However, a 2005 study by Cornell University and University of California-Berkley actually found the production of ethanol required an extra 29% of fossil fuels, which could off-set the benefits of E-85.

However, since the study was conducted, we do know that methods of processing ethanol have improved enough to help reduce production input cost.

Nonetheless, there has been an over-production of energy efficient vehicles versus the supply of flex fuel currently available.

Environmental impact – Since corn is a renewable resource the carbon foot-print of ethanol fuel burning is much lower.

A Youtube video titled “Clearing the air about ethanol” demonstrates it is a cleaner burning fuel.

However, a 2009 fuel efficient test conducted by Edmonds, [see Full Case Study ] found within its test conditions E-85 was 26.5 percent less efficient than running on gas.

End-user Costs – While Ethanol typically cost less at the pump, users of E-85 need to return to the pump nearly 30% more often than users of gasoline.

In fact, unless listed a fuel tank at a conventional gas station is labeled as “pure gasoline” it probably already has a significant percentage of ethanol within it. READ THE LABEL.

This begs the question are energy efficient vehicles really needed?

(b) Small engine costs – However, even 2015 models of small engine equipment experience damage and failure – typically due to moisture.

To partially understand why this happens check-out this video:

As seen in the experiment, gas and alcohol mix well together.

Whereas water and gas do not mix.

However, ethanol and water are miscible, because they mix in all proportions.

Hence, when alcohol is added to gasoline emulsion occurs, meaning the resistance gasoline initial has to water is dissipated, and the chemical composition changes.

This is important to understand because when pure gasoline is used, water found either at the bottom of a fuel tanks, or from air moisture  absorbed in a canister / fuel tank [condensation] would normally not allow an engine to start and create combustion.

Proponents of ethanol argue that it has higher octane. This is a true fact.

But, in and of itself should be an argument against ethanol, not for it. This is because higher octane means less carbon molecules to burn off.

From a scientist standpoint, this burning equates to energy.

Here is the order in which some common types of fuels produces the most energy?

Can you guess the order of which has the most carbon?

Regardless, of which side of the argument you are on — Henschen Oil is here to serve your fueling needs.

We offer Pure, 87, 93, and E-85 fuels or your diesel fleet and energy efficient vehicles.

Should you have any questions regarding what are the best options for you fleet, give us a call. 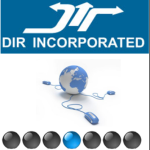 This site uses Akismet to reduce spam. Learn how your comment data is processed.

Questions, issues or concerns? I'd love to help you!